A few months after winning the Félix for Best Electronic Music Album of the Year at the last ADISQ Gala, Pascal Asselin aka Millimetrik presents a new single from the album Make it last forever in an unreleased version.

On Burning Man Universal Beat (Edit Feat. Liana), the veteran of the Quebec electronic scene joins his music to the voice of artist Liana Bureau. This collaboration with the talented Quebec City-born singer results in additional catchy melodies and an atmosphere that is undeniably inviting for adventure. A piece that calls as much to the dance floor as it does to nostalgia for the roads of the American Southwest.

And to conclude this beautiful adventure that was the album Make it last forever for Millimetrik, the track is accompanied by a music video signed Bertrand Lemoyne, a very cinematic video entirely shot on the desert roads of Texas.

Session du désert, a beer brewed especially for the occasion!

To celebrate the end of this chapter, and before moving on to the new album scheduled for 2021, Pascal Asselin launches a very special beer! Entitled La Session du Désert, this Session NEIPA-type beer, brewed by Bertrand Lemoyne of the Brasseurs sur demande brewery, is just like the last single; well hopped, with nice fruity notes!

Available in limited quantities at your favourite retailer now!

Looking back over the last decade, Millimetrik (Pascal Asselin) is constantly seeking to reinvent himself through concepts nourished by travel, photography and film.

With more than 16 years of exploring the meanders and confines of electronic music through an impressive catalogue of releases, the Quebec City native is drawing his ninth most surprising work to date, Make It Last Forever.

« It's a manifestation of fertile productivity and inspiration in a music industry that's increasingly driven by rapid releases. » (Voir, 2018) 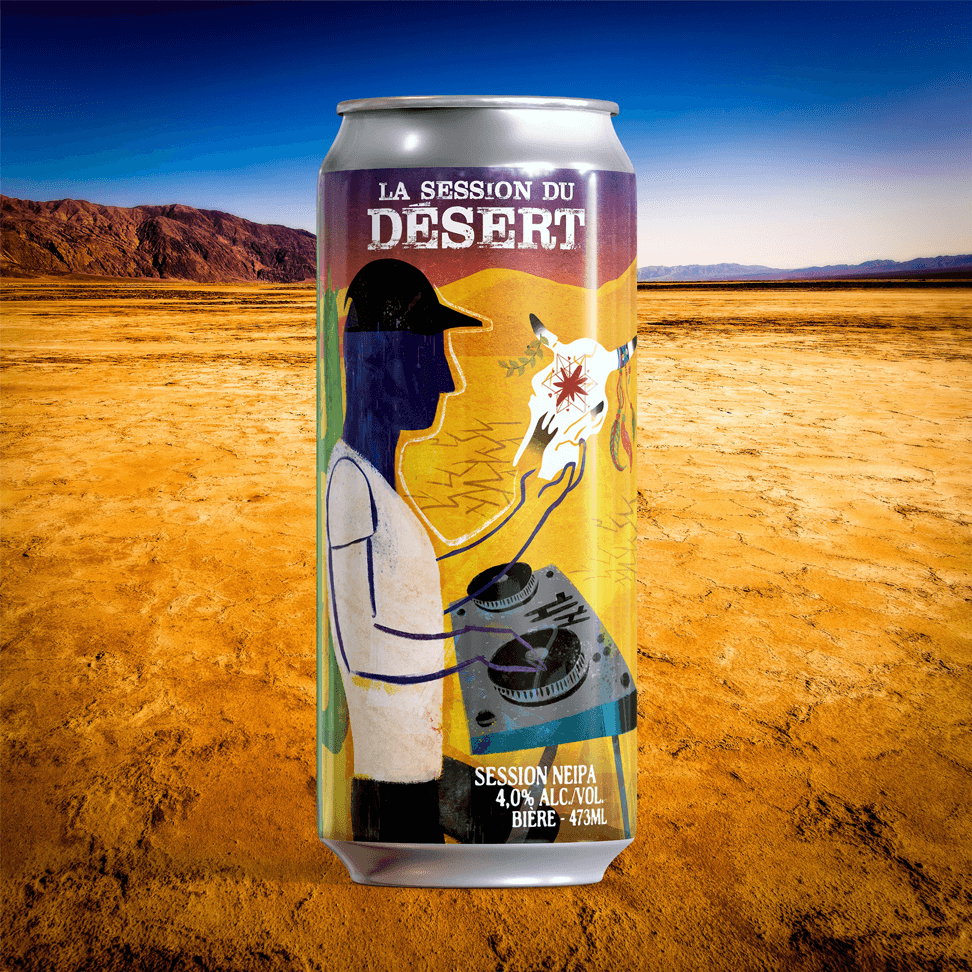