Nominated for the illustrated book Le Grain de sable, Webster was honoured and proud to walk away with the Author of the Year Award at the 2020 Dynastie Gala.

Le Grain de sable features the discovery of a little-known character, Olivier Le Jeune, the first slave in Canada when he was only 10 years old. Inspired by real facts, the 80-page book looks back at the journey, from his native Madagascar to Quebec City in 1629 (as a slave), of the man who would become the first person of African descent to live permanently in Canada.

The Dynastie Gala is intended to reward personalities from Black communities whose work and achievements deserve recognition, as part of Black History Month. 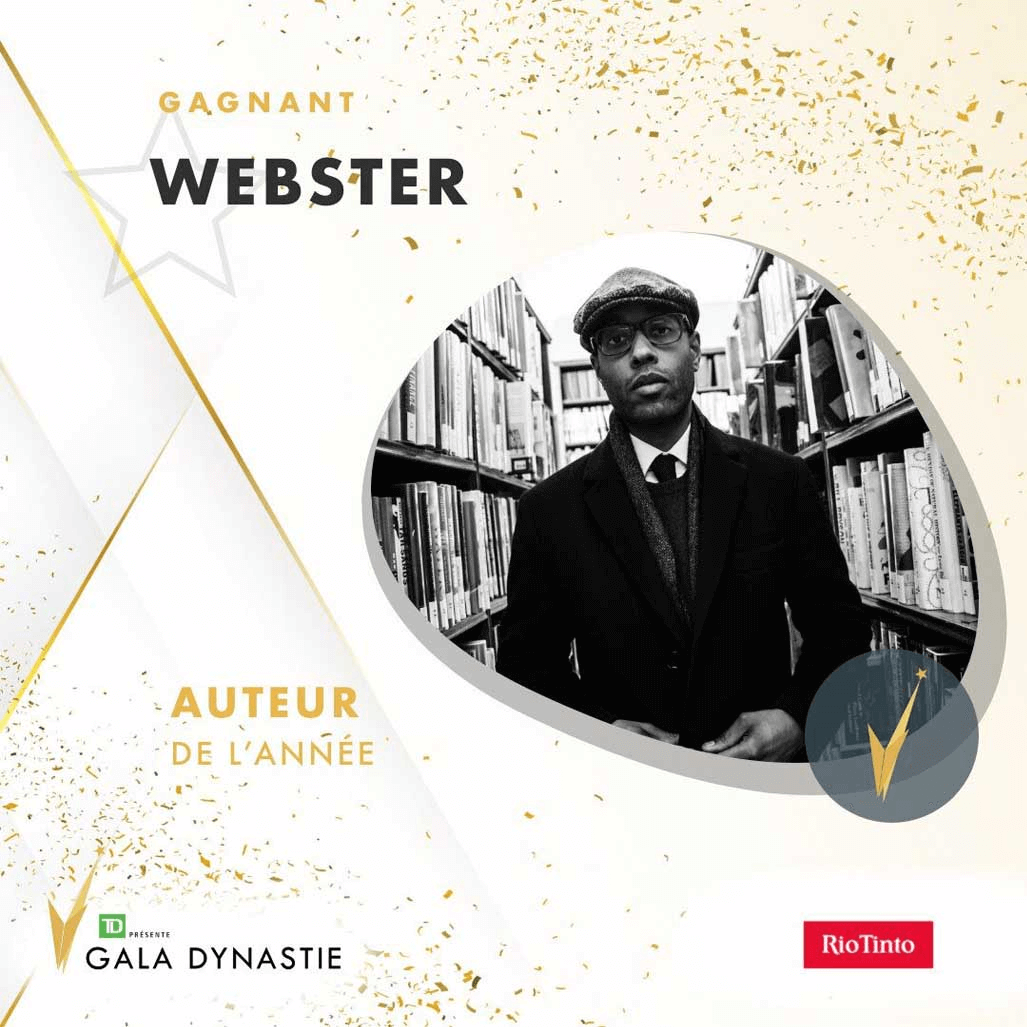